The day was nothing short of eventful with the African team (led by the illustrious Neku Atawodi – also known as Africa’s “Polo Queen”) meeting their match in their non-African competitors. Nonetheless, the spirits remained high as the focus turned from the polo towards the fashion trends of the day. Despite the failure of the British weather to deliver its record-breaking heat, outfits were nothing short of mesmerising – chic, colourful, loud– as to be expected at a luxury African polo event. 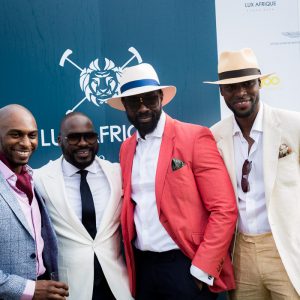 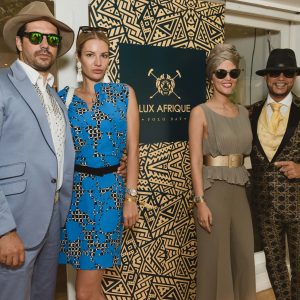 That being said, the weather allowed for ample opportunity to exhibit one’s stylish ensemble in hope of being considered for the Best Dressed Lady and Man title. The competition was tight; however, it was former Miss Kenya and East Africa UK, Vicky Ngari-Wilson who was crowned the Best Dressed Lady; later revealing that her outfit was made by Kenyan children who she trains as part of her fashion business. The formalities of the event were concluded with Sello Hatang, CEO of the Mandela Foundation, delivering a poignant but inspiring speech bringing many of the guests to tears.

Once again, we’d like to thank you for being a participant in what has made history as the first African luxury polo event and we look forward to seeing you next year.