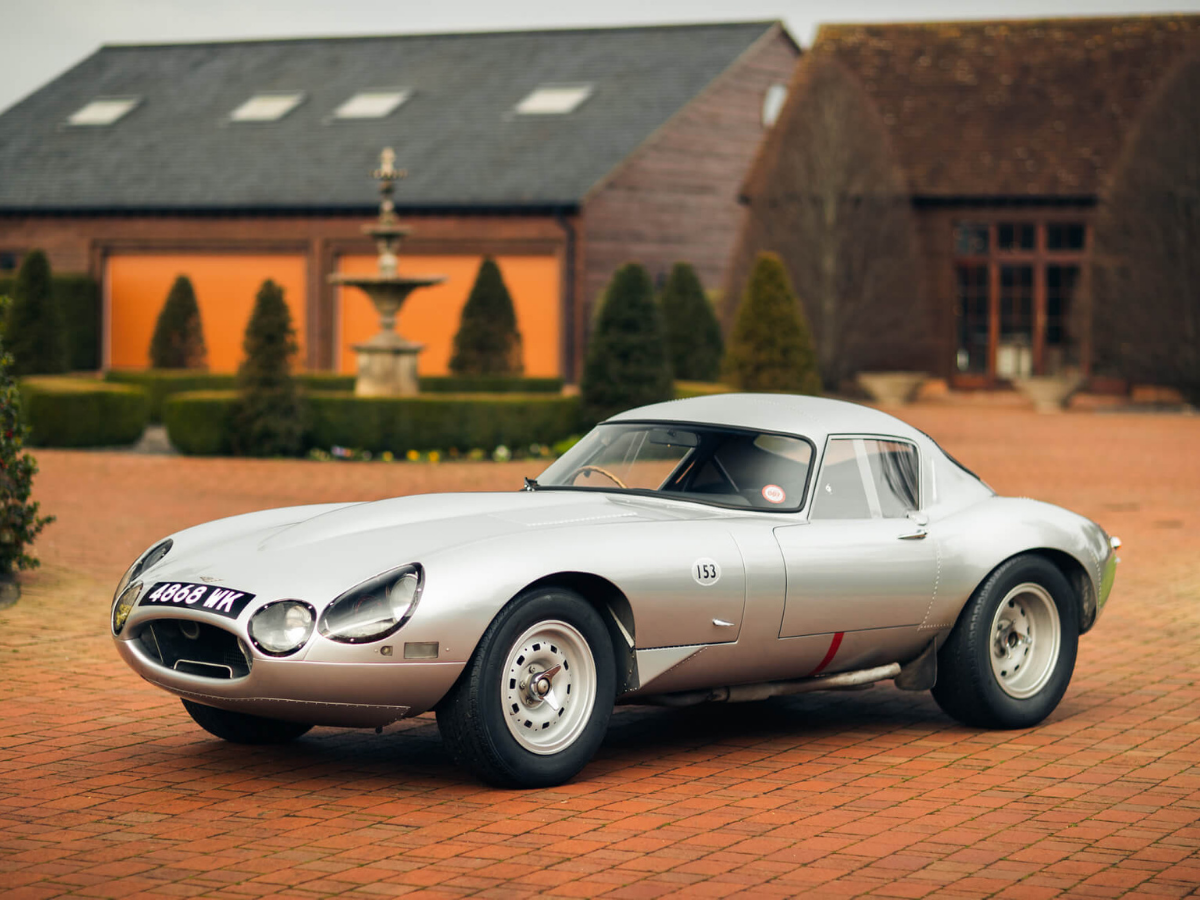 The London Concours has revealed that this year the event will celebrate one of the all-time great British cars, the Jaguar E-type. In 2021, the E-type celebrates its 60th anniversary, and to celebrate this milestone, nine of the finest E-types ever made will grace the lawns of the Honourable Artillery Company HQ from 8-10 June – including the first ever roadster and the last ever built.

Previously held over two days, the London Concours 2021 shifts to a three-day event to capitalise on visitor demand for more luxury brand content – from jewellery to bespoke suits – and modern supercars. The three days will be a VIP Preview Day, Style Edition and Supercar Day. At the heart of each day will remain the collection of nearly 100 rare and iconic luxury cars of all ages that has quickly cemented London Concours as one of the UK’s top motoring events.

Inspired by Jaguar’s racing D-type which won the Le Mans race three times between 1955 to 1957, the E-type was officially launched in 1961. Originally intended as a racing car, the E-type became a successful road-going sports and grand touring car, which then also distinguished itself in motor racing.

“When we think of Iconic cars, they don’t come much more iconic than the Jaguar E-type. The phrase icon is used often in the classic car world, but in the case of the E-type that reputation is thoroughly deserved. As part of the London Concours this year, we are thrilled to welcome nine of the most significant Jaguar E-types to sit among the nearly 100 strong lineup of cars. Each of these cars has incredible pedigree and history behind them and are worthy of being chosen as the vehicles which will commemorate the car’s 60th anniversary this year.”

Among the cars on display at the show is one of the earliest Jaguar E-types. ‘1 VHP’ is the first right-hand-drive coupé and the only surviving right-hand drive number one chassis car left in the world. Resplendent in its original opalescent dark blue, as it left the factory in 1961 this is one of four ‘outside bonnet’ coupés – and in 2015 the car was used to recreate the original 150mph E-type run. It reached 147mph on a German Autobahn.

Another significant car on show is the 1961 Jaguar E-type 3.8-litre Fixed Head Coupé, ‘CUT 7’. This car is an ex-Dick Protheroe car modified for competition use. The engine was modified to run D-type specification wide-angle heads and Weber carburettors, and the car also featured uprated brakes and improved suspension.

A highlight of the car’s history was the 1962 Goodwood Tourist Trophy. Protheroe lined up on the grid amongst some of the toughest competition he had faced, including works Ferrari 250 GTOs, Aston Martin DB4 GT Zagatos and factory-run Jaguar E-types. The driver line-up included Innes Ireland, Graham Hill, Roy Salvadori and David Piper, and the Protheroe ‘CUT 7’ pairing finished in an impressive 6th place in the final standings.

Alongside it will sit one of the most striking E-types of all time, a 1963 Jaguar E-type Lightweight – The Lindner Nocker Low Drag car. The only Low-Drag Lightweight that was designed and built by the Jaguar factory. The Lindner Nocker car features the most powerful 3.8-Litre XK engine Jaguar ever built in period, developing 344bhp.

The work was carried out for the car’s owner and renowned German Jaguar importer Peter Lindner, who requested the modification of the car for use at Le Mans. The car sadly claimed Lindner’s life during the 1000km of Paris race in 1974, and spent many years impounded in France. In 2007 the car was subject to one of the most complex vehicle restorations in history by Classic Motor Cars which invested over 5,000 hours removing, flattening and reshaping the body until the car was the exemplary example we see today.

These cars are part of a nine-strong line-up of the most significant Jaguar E-types from the car’s colourful 60-year history.

All aboard the African Queen superyacht