The continent of Africa is extremely vast, with a wealth of beauty that covers every corner of its immense range. Due to this, it comes as no surprise that there are several prominent cities in Africa that are home to some of the most impressive communities in the world. The following are just a few of the luxury neighbourhoods in Africa that offer the majestic views and intriguing architecture that have led to them becoming some of the most popular places in their respective countries and garnered them publicity all over the world.

This is one of the neighbourhoods to live in for the jet-set and elite of the Ivory Coast; Cocody has been referred to as the ‘Beverly Hills of Abidjan’ for several reasons. As the home to the cultural elite, embassies, and expats of prominence, the area also offers some of the most spectacular views in the city and is surrounded by other areas that are currently vying to be the next neighbourhood of note in Abidjan.

In all of east Africa, there probably is not a city that hustles and bustles on the scale of Dar Es Salaam in Tanzania. How it manages to remain its frenetic pace and still be regarded as one of the most peaceful cities on the continent is a testament to the fine balancing act of the citizens. Masaki is one neighbourhood there that has emerged as the place to relax in the arms of luxury, with most of the area’s inhabitants high ranking dignitaries and ambassadors from around the world. Those that live in the area are minutes away from international cuisine and a great nightlife that continues to attract more people to the neighbourhood every year.

Lagos has been known as one of the epicentres of African trends for decades, and the proof as a leader in these areas is evident in the neighbourhoods that make up the city. There are several that could have made the list (Ikeja, Victoria Island, and Yaba to name a few), but the neighbourhood of Ikoyi is arguably the one that best symbolizes the affluence and luxury of the capital city. Centrally located and immersed in both classic and contemporary architecture, socialites converge on this area every day of the week to bask in the opulence.

As a top destination for anyone travelling to the continent, Nairobi has always had a special place in the hearts and minds of all Africans, and the neighbourhood of Riverside is a premier area for luxury living. Palatial mansions and high-rise condominiums populate the skyline and its proximity to the downtown area makes it the perfect community to reach any part of the city and enjoy its many gifts.

This shortlist is just a sample of the amazing cities and luxury neighbourhoods that Africa has to offer of the upscale variety. As the continent continues to attract even international travellers, there are bound to be more cities vying for top ranking. 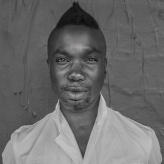 Triston Brewer (@Triston212) is a performance artist, journalist, and activist. He has been published in The Huffington Post and featured in publications such as the New York Times, Vogue Italia, to name a few. His memoir about living overseas, 'Heaux Confessionals: The Sintroduction', is available on Amazon.

Your travel bucket list should include these African hidden gems

Burlington Arcade has something extraordinary for you