Esther Mahlangu has customized a pair of Air Jordan footwear, which is currently valued at over R7 million

Home » Esther Mahlangu has customized a pair of Air Jordan footwear, which is currently valued at over R7 million

On Friday, a one-of-a-kind pair of sneakers customised by Esther Mahlangu worth an estimated $500,000 (roughly R7.7 million) was launched in Dubai.

A unique pair of Air Jordan 1 sneakers customised by our Gogo Dr. Esther Mahlangu were unveiled at the Expo 2020 Dubai. They are valued at around $500,000 or R7.7 million. They’re going on a world tour where showcasing fees will pay for scholarships at Ayashisa Amateki academy. pic.twitter.com/z8pKkt3ikW 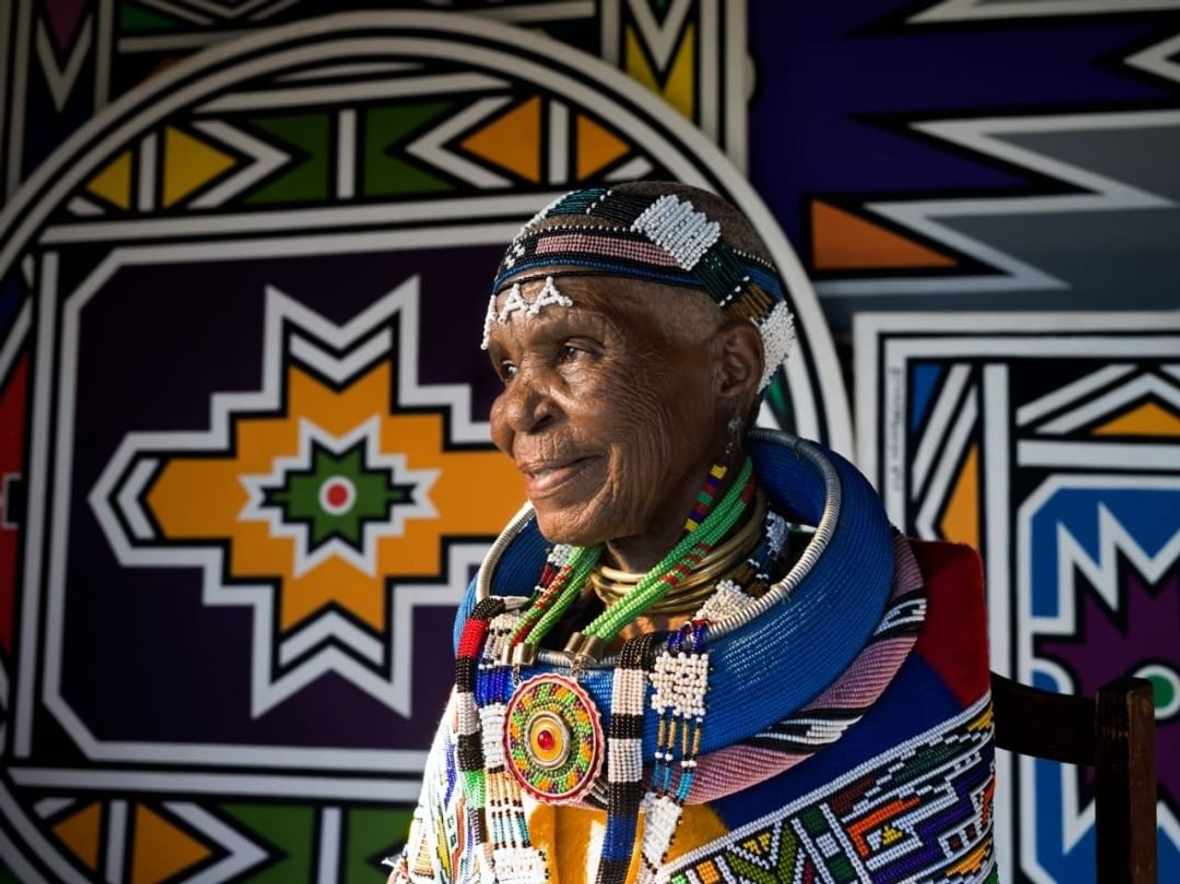 Expo 2020 Dubai, which was postponed by a year because of the global Covid-19 outbreak, welcomes 192 countries, each with its own pavilion within the 45,000-square-meter exposition centre. South Africa was also welcomed to the event, which began in October and is slated to last six months.