The most anticipated and star-studded show of the year, the Victoria Secret Fashion Show is on the horizon. Staged previously in New York, Cannes (2000), Miami (2007), London (2012) and Paris (2016), this year the show takes place in Shanghai, China, and will be aired by the CBS Television Network in the US on Tuesday, 28th November.

Although the stage performers are yet to be announced, the VSFS 2017 will witness “the merging of fashion, fantasy and entertainment, including pink carpet interviews, model profiles, and a behind-the-scenes look at the making of the show” – according to a spokesperson from the American lingerie house.

But the Victoria’s Secret Fashion Show wouldn’t be the same without its real protagonists: the models. For every model of the world, securing a place on the VS roster means that, as a model, “you’ve made it”, as Angel Josephine Skiver said in an interview to VS itself, last year. And so, every year, hundreds of girls from all over the world attend the New York call-backs run by John Pfeiffer – the feared Victoria’s Secret casting director.

This year, almost 400 models attended the castings hoping to be booked by the lingerie powerhouse, with all those in attendance required to wear the same set of Victoria’s Secret underwear in order to ensure a level playing field during auditions in front of Pfeiffer, Victoria’s Secret’s Ed Razek, producer Monica Mitro, and stylist Sophia Neophitou.

African beauties have always been appreciated in the fashion industry and, of course, Victoria’s Secret loves to include them in their line-up. So, let’s discover the African models that will walk on the VSFS 2017 in Shanghai.

Born and raised in Namibia, Behati Prinsloo was discovered at age 16 by model scout Sarah Doukas when she was taken to Cape Town by her grandparents. She then moved to London and, shortly after, to New York, appearing in numerous advertising campaigns and magazine covers before joining the Victoria’s Secret family in 2007. 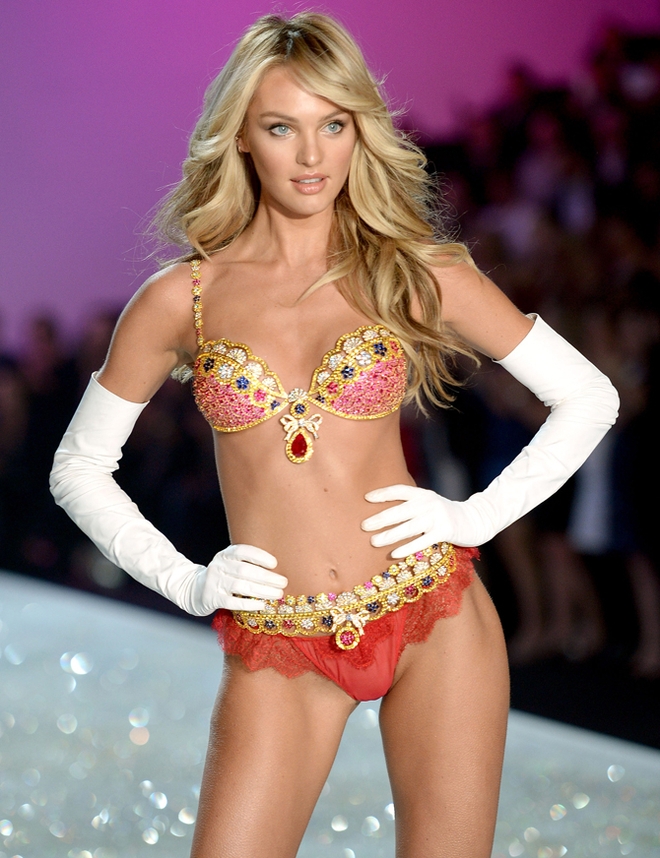 Bombshell Candice Swanepoel was born in Mooi River in the KwaZulu-Natal region and was discovered in Durban by model scout Kevin Ellis, who introduced her to the fashion world. Like Behati, she started her career with Victoria’s Secret in 2007 and, in 2013, had the honour of wearing the Royal Fantasy Bra – the precious bra adorned with rubies, diamonds and yellow sapphires created by jeweller Mouawad, exclusively for Victoria’s Secret. Both she and Behati – after taking a break from the VSFSs during pregnancy – will make a return in this year’s show in Shanghai.

Herieth Paul was born in Tanzania and started her modelling career in Ottawa, Canada, at age 14 after her mother moved to Canada in her role as a diplomat. She has been part of the Victoria’s Secret Fashion Show since 2014.

Born in Luanda, Angola, Maria was discovered in 2010 when she finished second at the ‘Elite Model Look’ Angola competition. In 2013, she took to the catwalk at the Victoria’s Secret Fashion Show for the first time and was named by Forbes Africa Magazine as the most desired model of the year.

Leila Nda was born in Burundi but, at age 10, relocated to Brussels where she was discovered at age 16 by an employee of a French magazine. She started modelling during her first year of law school and worked with Zac Posen at Versace. She joined the Victoria’s Secret Fashion Show in 2016 when the lingerie brand put on a show in Paris and she is the first major model hailing from Burundi.

Discovered in Lagos in 2014 during the ‘Elite Model Look’ Nigeria competition, Mayova Nicholas has since started to work with Saint Laurent, Dior, Miu Miu among other famous brands. She will participate at the VSFS 2017 for the first time.

Her origins are in Sudan but Grace and her family relocated to the US when she was a child. She was scouted at age 19 in her local mall in Kansas City, Missouri. After working with brands such as Marc Jacobs, Hermés and Maison Martin Margiela, she is making her debut at The Victoria’s Secret 2017 fashion show.

Victoria’s Secret newcomer Amlina Estevao won the ‘Elite Model Look’ Angola competition in 2013 and was one of three finalists in the international edition of the competition. After this, she worked for Prada, Moschino, Balenciaga and Fendi, and this year finally made it into the VSFS 2017 line-up.

Alecia Morais is a Cape Verdean model who won the ‘Elite Model Look’ Cape Verde in 2012. She started to work with brands like Dries Van Noten, Vivienne Westwood, Louis Vuitton and Moncler in 2013 and, this year in Shanghai, will make her first appearance at the much awaited VSFS.