Experience the finer things at The Peninsula Manila hotel

Home » Experience the finer things at The Peninsula Manila hotel

The Peninsula Manila, one of the finest hotels in the capital of the Philippines, has won many awards and accolades. These include Conde Nast Traveler 2017 Readers’ Choice Awards, Business Traveller Asia-Pacific Awards and Top 15 Hotels in Southeast Asia. 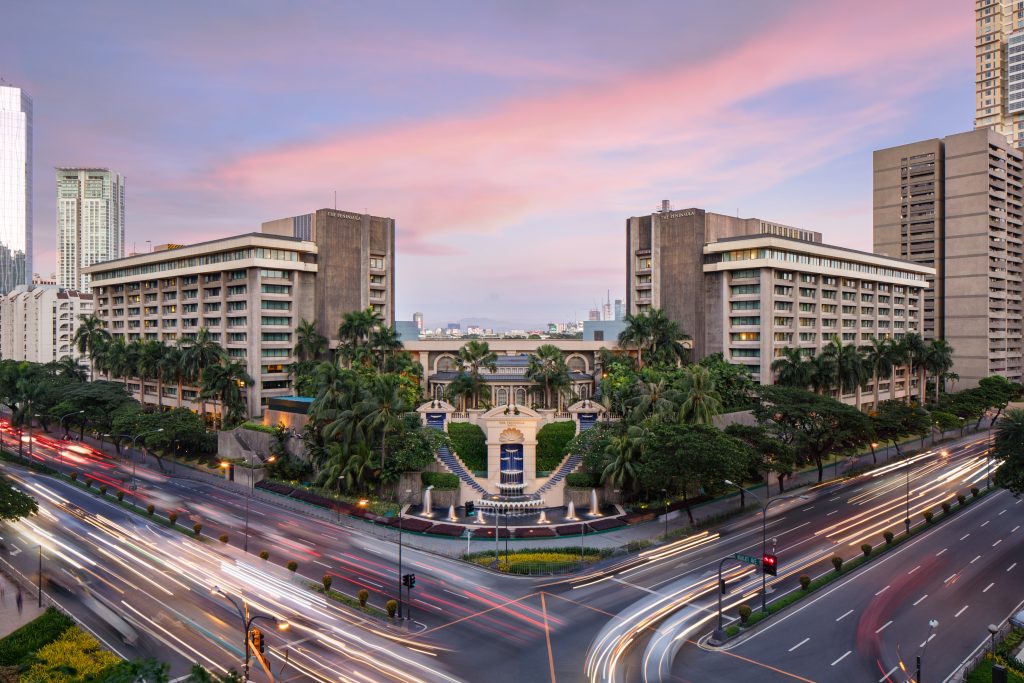 Republic of the Philippines is a 7,107-island archipelago with three main island groups. These are Luzon, which is where you find The Peninsula Manila, Visayas and Mindanao. Located in the capital Manila, the hotel is the oldest in Makati City – the Philippines’ financial centre. But it looks great for a 41-year-old. It welcomed its first guests on September 14, 1976, to be exact, which was the opening day of the International Monetary Fund Conference. Since then, so many celebrities and world leaders have made the Pen their home in the city. Among them are Margaret Thatcher, Bill Gates, Stevie Wonder, David Hasselhoff, Sarah Jessica Parker, Edward Norton, and Rachel Weisz. 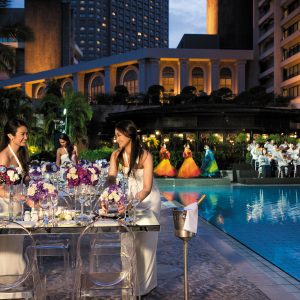 The Peninsula Manila has two wings, the Makati and Ayala Towers, with 11 floors on each tower. There are 469 guest rooms infused with timeless Filipino elements like capiz shell, crushed coconut panels and native woods. The guests have a few restaurants on offer: the award-winning Old Manila or Southeast Asian inspired Spices, and buffet-style Escolta. Not to mention the Spa that boasts the most modern treatments and facilities in the city, as well as the Fitness Centre. However, I found it more relaxing to dip in the sparkling azure waters of the outside pool. What’s more, the Peninsula Boutique is great for French and Danish pastries, New York-style deli sandwiches, and hand-made chocolates. Despite the smoking ban, The Bar, a classic gentleman’s club-style bar, is the hotel’s only designated smoking area. It draws its design inspiration from old Cuban cigar factories, where patrons can enjoy a fine malt whiskey and a cigar.

The Peninsula Manila has a total of 469 rooms. There are 237 rooms, including 12 suites in the Ayala Tower, and 187 Makati Tower rooms, including 33 suites. Plus an amazing 372 square meters Peninsula Suite, with two bedrooms with individual baths. It is the pinnacle of luxury in the city. Guests enter through a magnificent marble-floored foyer with hand-painted murals and sleek wood panelling. The lounge is bathed in light from the floor-to-ceiling windows. Everything is on point and elegant: the silk rugs, opulent cream silk upholstery, classic and contemporary furnishings and Swarovski crystal chandeliers. The living room extends to a solarium, plus there is a dining room seating 12 and a study room. Additionally, a resident butler is on hand 24 hours a day to cater to every need. In addition, a pantry allows discreet meal preparation by The Peninsula’s chefs or the guest’s own staff. 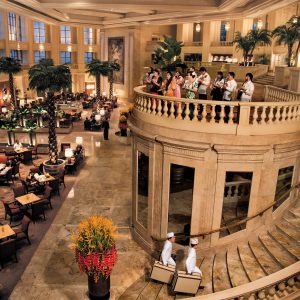 The Lobby is the center of the hotel and has always been the favourite meeting place of the country’s movers and shakers. With its sun-lit atrium that soars four-storeys high without a pillar in sight, it is one of the tallest in the city. The lobby is grand, with its marble floors, floral arrangements and tapestries. The most impressive part of the area is the glorious 12-meter “Sunburst” masterpiece. Created by the Philippine artist Napoleon Abueva, this striking sculpture has 21 rays and 33 spears crafted from copper and bronze.

Lending a somber majesty to The Lobby are two grand staircases that sweep upward to the Makati and Ayala Towers. Each staircase has 32 steps and can lay claim to being one of the most photographed staircases in the Philippines. On the average, 1,000 newly-wed couples, politicians, movie stars and celebrities have had their photographs taken on these steps. 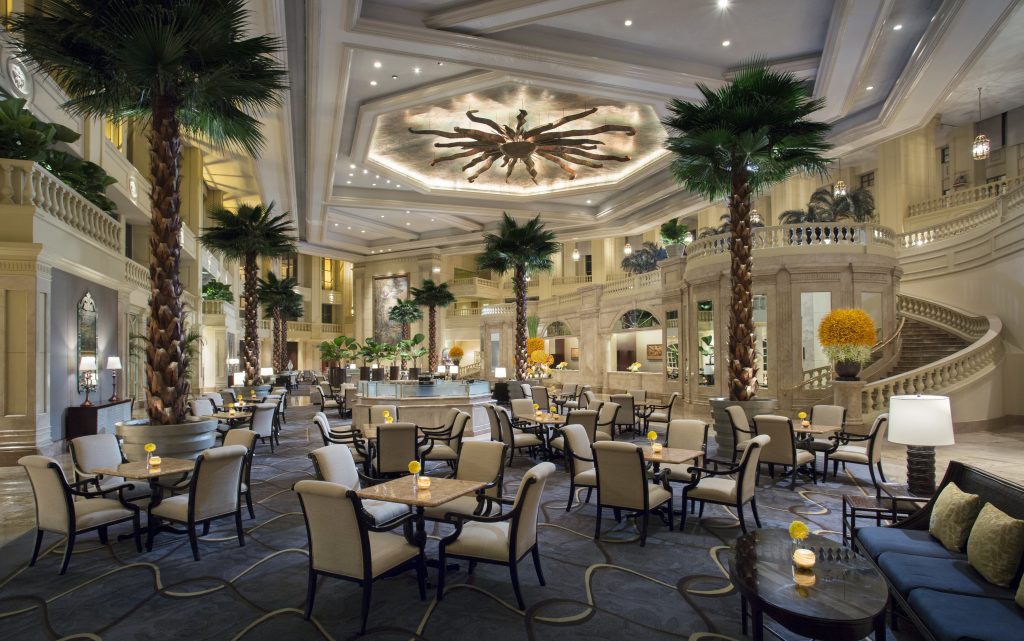 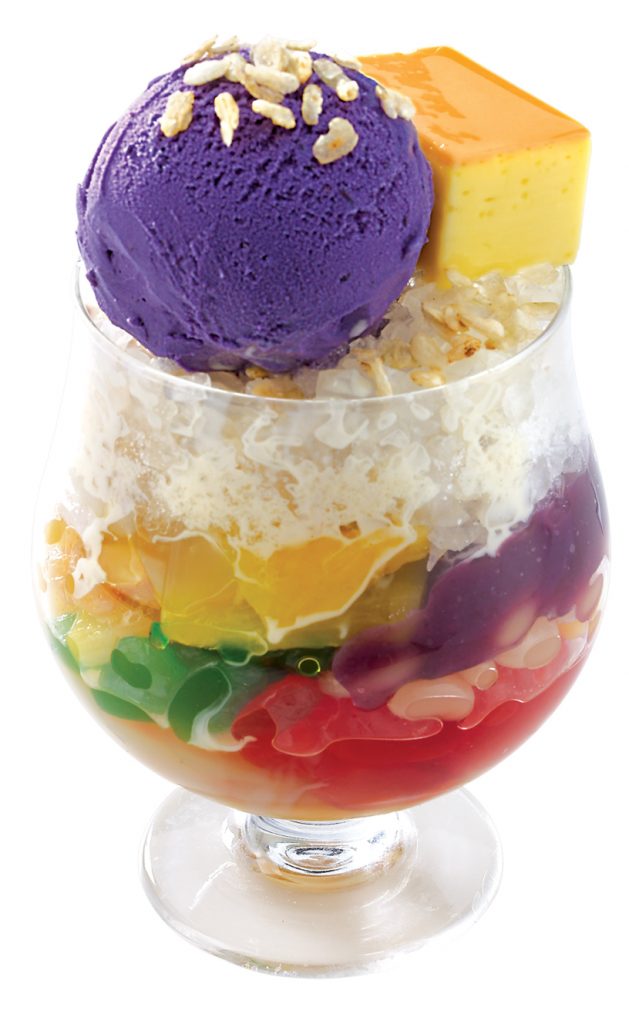 One of the reasons for The Lobby’s popularity is its 24-hour menu service and the most extravagant ice cream list. The all-time crowd favourite is Halo-Halo. It was even deemed “The Best Legal High” by Time magazine in 2006. Translated “mix-mix” from Tagalog, Halo-Halo means just that. It is about mixing in a glass several layers of cooked fruit and sweets with shaved ice and eating it all with a spoon. The hotel’s Halo-Halo has leche flan, chickpeas, sweetened kidney beans, coloured gelatin, red, green and white kaong … Plus ube (purple yam) preserve and sago in syrup. Not forgetting jackfruit and creamy coconut, topped with a scoop of lovely ube ice cream. In addition, it is sprinkled with toasted rice crisps and served in a splendidly oversized glass. About an inch of evaporated milk is poured into the glass, and voila! you have the ultimate Philippine refreshment!

Entering Old Manila, what caught my eye were the oval chandeliers, crafted from hand-sculpted metal and crystal. Plus I liked the black-and-white photographs of the beautiful staircases of the National Museum of the Philippines by Filipino-Spanish photographer Francisco Guerrero. Despite the contemporary design and Art Deco-inspired geometric patterns in gray, cream and black, the restaurant feels cosy. The place is proudly run by the talented Chef Allan Briones – the first Filippino to lead the iconic restaurant. His philosophy is about using 50% local and 50% international ingredients to deliver a sophisticated market menu. We had the pleasure of meeting Allan, who has been trained under legendary Chef Marco Pierre White in London. Charming and open-minded, he told us that he also worked in Dubai before coming home to Manila. Now, he is inspiring the young generation to consider a cooking career and local visitors to experience new food flavours. 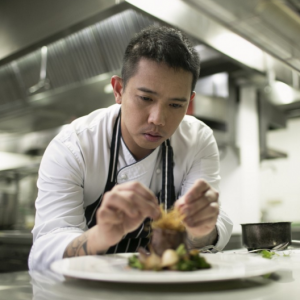 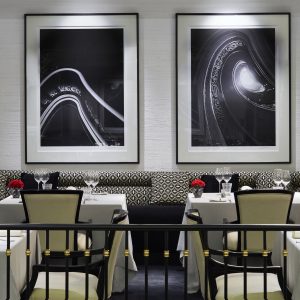 Salon de Ning bar brings out the glamorous world of socialite Madame Ning in a nightclub reminiscent of 1930s Shanghai. It has four themed rooms displaying Madame Ning’s varied interests and pursuits. These are the Boxing Room, Shoe Room, Zeppelin Room and Shanghai Room. The Boxing Room is a shrine to 1937 World Heavyweight Champion Joe Louis. It was rumored that the pugilist was madly in love with Madame Ning and gifted her with his boxing robe. Plus, there are 12 pairs of boxing gloves used as décor, including those from world-class boxer Manny “Pacman” Pacquiao. The Shoe Room holds 101 shoes, two chandeliers – great place for a bottle of Salon de Ning Rosé Champagne. The Zeppelin Room was inspired by her long friendship with Count Ferdinand von Zeppelin. The Shanghai Room is a recreation of Madame Ning’s mansion on the Bund with oriental rugs and Art Deco touches.

To find out more about the hotel, please visit the official website.

Ghana is being heralded as the next big tourist destination