Louis Vuitton has just launched its first perfume collection in 70 years. The company declined to say how much it has invested in the project, but mentioned that it gave master perfumer Jacques Cavallier-Belletrud over 4 years to prepare the launch. “I wanted to celebrate women and their universal values — femininity in the world” – he said during the press conference in Paris. “I think that perfumes have to be back in luxury.”

Cavallier-Belletrud, a native of Grasse, the birthplace of both perfume and leather craftsmanship, spent months travelling the world in search of inspiration and ingredients to create over 90 perfumes, out of which only 7 were chosen to become Les Parfums Louis Vuitton. The perfumer worked for decades with fragrance industry and created many commercially successful perfumes including L’Eau d’Issey for Issey Miyake, Acqua di Gio for Armani, Dior Addict and Stella by Stella McCartney. 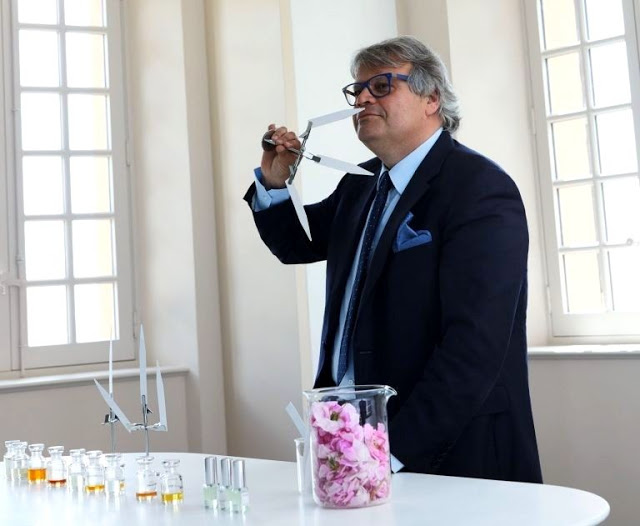 Louis Vuitton chose French actress Léa Seydoux, the Bond girl and the Cannes Film Festival winner for the film Blue Is The Warmest Color to be the face of the collection. The campaign was shot in South Africa at Lone Creek Falls by well-known photographer Patrick Demarchelier, who has been working with Vogue for years and shot a number of their covers. Louis Vuitton creative director Nicolas Ghesquière served as the stylist during the shoot. 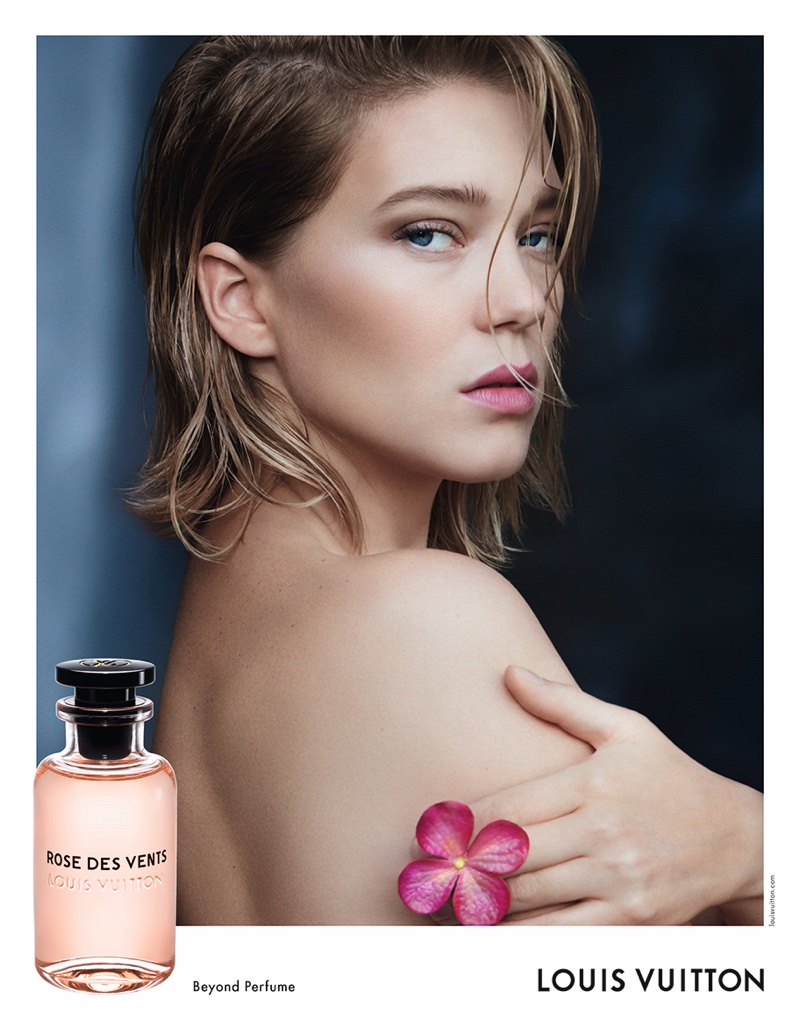 The fragrances describe a journey of emotions and feature scents heavily based on flowers, spices and LV leather with names such as Rose des Vents, Turbulences, Dans La Peau, Apogée, Contre Moi, Matière Noire, and Mille Feux. The perfumes are in a 100ml bottle and are now available online and in selected Louis Vuitton boutiques in London, Seoul, Paris and Dubai. Perfumes are also available in travel size and in 200ml bottles, as well as a mini collection of all 7, which is perfect for a gift or if you can’t decide which fragrance you love the most. Louis Vuitton team also decided a special trunk, which would fit 3 perfume bottles, to support the jetsetter life of its clients. 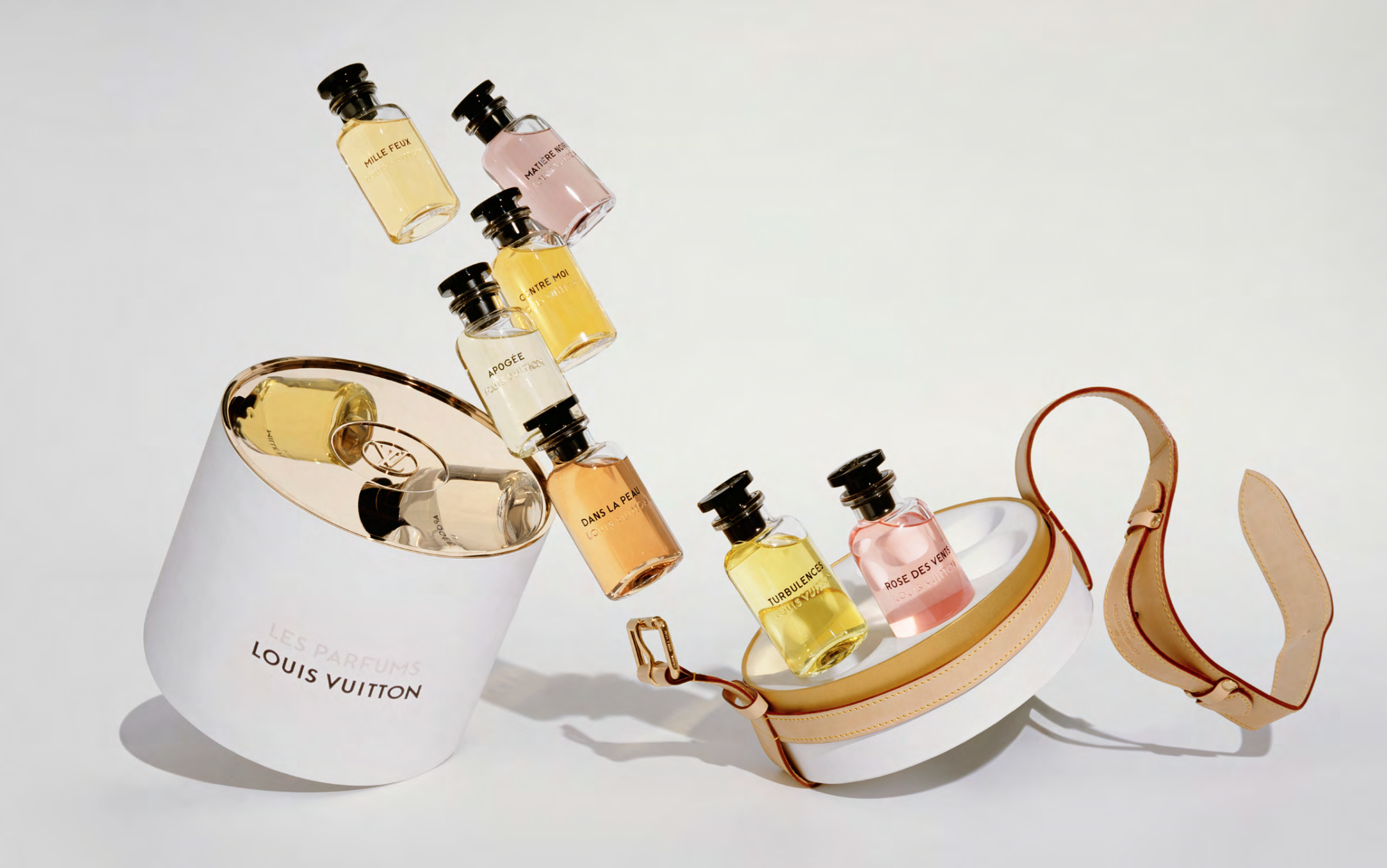